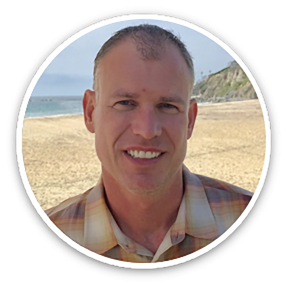 Marc co-founded Okapi in 2005 and is a Managing Director of all three of Okapi’s funds and responsible for their technology investments. He has held leadership positions of increasing responsibility in business development, legal, operations, corporate development, and strategy in the technology industry since the mid-90s. Prior to founding Okapi, Marc was with Intel Corporation first as an attorney for the Microprocessor Products Group and then as the Managing Director, Strategic Business Development for the Software & Solutions Group worldwide. Prior to Intel, Marc worked for Sun Microsystems in business development and legal roles. Marc received his bachelors from the University of Southern California, where he studied philosophy and business, and went on to earn his Juris Doctor from Pepperdine University School of Law. He also attended Stanford University Graduate School of Business executive education program. Marc’s past and present board affiliations include DATAllegro (acquired by Microsoft; NASDAQ: MSFT), Emulex [NYSE: ELX], WellTok, SignNow (acquired by Barracuda Networks; NYSE: CUDA), Transaction Wireless (acquired by First Data; NYSE: FDC), TempoAI (acquired by Salesforce.com; NYSE: CRM), Qualaroo, Pegasus Solar, Fotobom Media and Specright. He is also an investor in ArtLifting, BabyList, Connectifier (acquired by LinkedIn; NYSE: LNKD), CrowdStrike (NASDAQ: CRWD) and Templarbit and on the Advisory Board of The Don Beall Center for Innovation & Entrepreneurship at U.C. Irvine. Marc can be found on Twitter as “@ocvc“. He lives with his wife and two kids in Orange County, CA and is active with his kids’ school and in the local community. 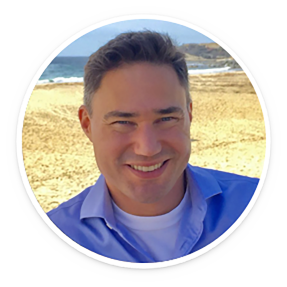 John is Okapi’s lead on our investment in Slingshot Aerospace, Jurny, dRISK, and FixMyCar. Prior to joining Okapi as a Partner in Okapi’s third fund, he co-founded such companies as Resume.com (acquired by Adecco S.A.) and 24/7 Real Media (NASDAQ: TFSM), was CEO for X1 Technologies, Managing Director of New Ventures Group for Idealab, and Strategic Development and M&A for Mattel. He is also the founder and Managing Director of Green Thumb Ventures.

At Mattel, John was part of the Strategic Development, and M&A group, where he focused on strategy, technology integration and disruption, as well as the acquisition of technology companies.

From 2009 through 2011 John served as CEO of X1 Technologies where he led a complete restructuring & turn around. During his tenure, John spearheaded multi-million dollar software and patent licenses, created profitable verticals in the enterprise software business, and grew a robust consumer business.

From 2007 – 2009 John was running New Ventures at Idealab overseeing the creation, diligence, vetting, and managing new and existing ventures. An integral part of the management team, John was active participant at the board level of both the parent and operating companies.

In 1999, John co-founded Resume.com, and was its CEO and President. He built the company from a three person start up into a multi-million dollar business. In 2002, John sold the company to Adecco S.A., the largest staffing company in the world.

John began his career on Wall Street, joining Bull and Bear in New York City. He received his undergraduate degree from the University of Southern California and his MBA from the Anderson School at UCLA. He lives with his wife and 2 children in Pasadena, CA. 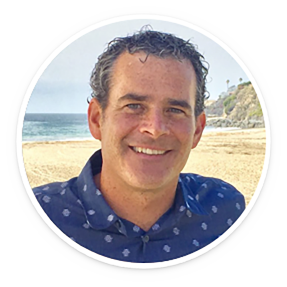 Prior to joining Okapi as a Partner in Okapi’s third fund, Jeff worked has served as venture capitalist since 2001, having invested $100+M in 40+ companies and having served on the boards of 25 businesses.

In addition to his VC experience, Jeff had 3+ years of operating experience helping lead the scaling of a rapidly growing tech startup, Mophie. Jeff was the original VC investor in Mophie and served on the board before joining the Executive team full time to help manage the company’s rapid growth and global expansion. Jeff helped grow Mophie’s revenue from <$10 million in 2010 to $250+ million in 2015, and to the eventual sale of the company in early 2016 to ZAGG (NASDAQ: ZAGG).

Prior to joining Mophie, Jeff was a Managing Director at Beringea for 11 years where he sourced, led or managed the technology and media investments for 30 of Beringea’s portfolio companies and served on 22 corporate boards across several of Beringea’s $50 – $150 million venture funds; including such companies as: Mophie (Acquired: ZAGG), Mergermarket (Acquired: Pearson) and Sakti3 (Acquired: Dyson).

Jeff was also one of two angel investors in Duo Security (Acquired: Cisco – $2.4B – a 100+x return) and has made other promising angel investments, including Acorns. His work prior to Beringea included an early-stage tech VC in London (Saffron Hill Ventures), and marketing roles for BMW of North America and startup beverage company, Honest Tea.

Jeff also has served as a Lead Instructor of the National Science Foundation’s I-Corps Program, teaching at Stanford University and the University of Michigan. Additionally, during his venture capital career, Jeff was a contributing blogger for The Huffington Post — his series focused on technology and venture investing in the Midwest. http://www.huffingtonpost.com/jeff-bocan/ 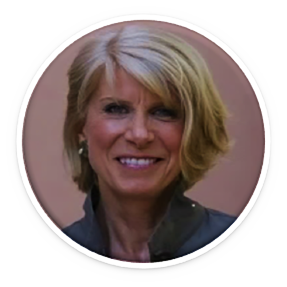 Sharon co-founded Okapi in 2005 and is a Managing Director responsible for the life science investments in its first two funds and a Venture Partner in its third fund. Sharon was responsible for Okapi’s investment in Helixis (acq: ILMN), and serves as a Director on the boards of Okapi portfolio companies Obalon Therapeutics [Nasdaq: OBLN], WiserCare, BioTrace and Focal Therapeutics. She is also a Board Observer at WellTok and OrthAlign. Prior to founding Okapi, Sharon was the Senior Vice President of Technology and Planning for SkinMedica – a private, venture-backed, commercial stage specialty pharmaceutical company focused on the dermatology and human appearance markets. Prior to SkinMedica, Sharon was a Principal with Domain Associates, LLC – a venture capital fund specializing in life science investments. In addition to performing due diligence and working closely with portfolio companies while at Domain, she also served as President and CFO of Volcano Therapeutics (Nasdaq: VOLC) and lead the company’s growth from 1 to 14 employees and from the initial design of the first product to the first clinical trials using the device. In addition to her responsibilities at Volcano, Sharon’s past and present board affiliations on behalf of Domain include MicroVention (acquired by Terumo Corporation, OTC: TRUMF.PK), Neuropace, NuVasive (Nasdaq: NUVA), Santarus (Nasdaq: SNTS), SkinMedica, and GenVault. Prior to launching her entrepreneurial / venture capital career several years ago, Sharon was a tenured Associate Professor in the Department of Orthopedics at the Case Western Reserve University School of Medicine. She is author of over 132 publications, including 2 guest editorships and has made more than 57 presentations to professional audiences. Her clinical training was in veterinary surgery and she is a Diplomate of the American College of Veterinary Surgeons (ACVS). She has served on the governing boards of the ACVS and the Orthopedic Research Society and currently serves on the Board of Governors of the Pardee RAND Graduate School of Public Policy. Sharon has been awarded a MBA from the UCLA Anderson Graduate School of Management; a PhD in Comparative Pathology from UC Davis; and a Master of Science in Veterinary Pathology and Doctor of Veterinary Medicine from The Ohio State University.

When Sharon is not at work she enjoys designing and making her own clothes and hanging around with her husband, Dr. Jerry Finerman. When not on a horseback riding expedition to a far away place, she spends as much time as possible on a yoga mat.